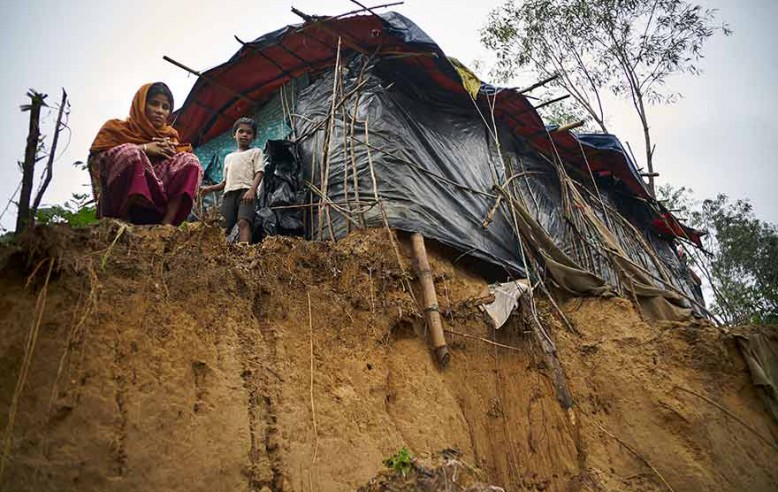 VAPF Group and UNICEF, partners to support the Rohingya Community.

At VAPF Group, within our Corporate Social Responsibility programme, we have provided economic collaboration to support the Rohingya people, refugees who arrive in Bangladesh, fleeing from Myanmar (previously Burma), which the UN itself has qualified as "ethnic cleansing".

The Rohingya form part of a group of around 1 million people, concentrated as an ethnic group in Burma, near the border with Bangladesh and, different from 90% of the Burmese population, who are Buddhists, the Rohingya are Muslims.

In Burma, they are not considered as citizens and they are accused of having emigrated from Bangladesh, which Bangladesh denies, and this converts them into a “stateless” people and “virtually without friends”.

For decades now, they have been victims of torture, negligence, repression, living in ghettos, isolated from the rest of society, to the point that they cannot get married or travel without permission,and they do not have the right to own lands or other properties.

Subjection over the decades has led to the formation of radical groups, which has therefore provoked raids, military offensives and extreme acts of violence against this collective, including women and children.

This extreme violence has forced, since August 2017, over 650.000 people, more than half of them children, to flee from Myanmar to Bangladesh with absolutely nothing. They arrive traumatised by the experiences they have gone through, to live in precarious conditions, without access to water or to any health or other basic service, with the added risk of the children being kidnapped or sexually abused.

And if that was not enough, the cyclone and torrential rain season is approaching, which, in their circumstances, means houses collapsing, loss of over 50% of drinking water points, faecal contamination (which turns into outbreaks of serious diseases like cholera), loss of spaces set aside for education, etc.

At VAPF Group, we wanted to collaborate with UNICEF, which is working in the field, to provide the Rohingya people with refuge, food, drinking water, sanitation, vaccines and medical attention, all of which are necessary to survive, along with identifying alternative installations and mobile schools, so that the children can keep up with their education and have the chance to play and have some fun, all of which is essential for them to overcome their traumas.