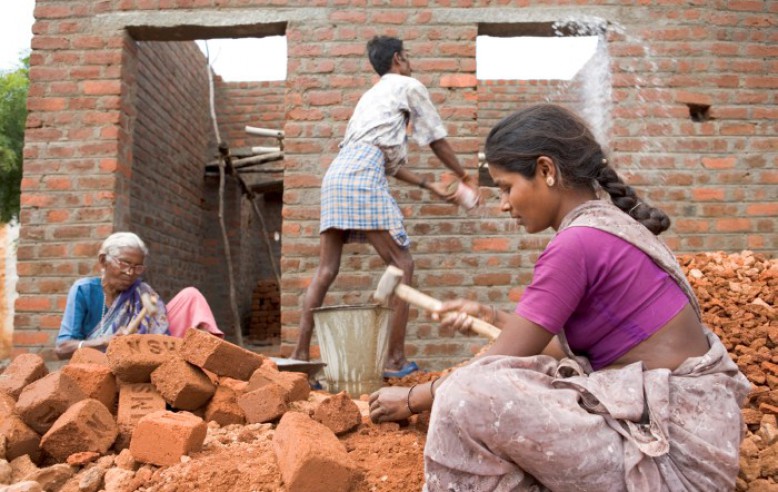 New Collaboration of the VAPF Group with the Vicente Ferrer Foundation in a project of CONSTRUCTION OF HOUSES FOR FAMILIES IN NEED.

In the VAPF Group, after a successful first project, carried out in collaboration with the Vicente Ferrer Foundation, that was finalized in September 2018, we are proud to collaborate again with the FVF in a project of CONSTRUCTION OF HOUSES FOR FAMILIES IN NEED.

The project of houses will proceed of  the construction of a colony of 23 homes of 45 m², in the village of UNDABANDA, in the area of Uravakonda, for the people from the most disadvantaged communities, with basic hygienic habitability conditions, incorporating with a space for personal hygiene and latrine.

These properties will be registered in the name of the women in order to empower their role in the society, guaranteeing their protection, that of their daughters and sons.

The Vicente Ferrer Foundation (FVF), created in the 1969 by Vicente Ferrer, is an ONG of development committed to the process of transforming one of the poorest and most needy areas of India, the states of Andhra Pradesh and Telangana, and the most impoverished communities and the most vulnerable groups: women and people with disabilities.

The Vicente Ferrer Foundation and its counterpart  in the India Rural Development Trust and Women development Trust RDT/WDT, through simultaneous work  in the different sectors of development -education, health, housing, woman, people with disabilities and ecology-, they get the living  conditions  of these people to improve, and what is more important, that strong communities are consolidated  and autonomous, being the housing sector one of the first developed sectors. Thus, until 2017, 62.131 houses have been built, which 2.857 are adapted for people with disabilities.

For the beneficiary families, the possession of a solid house is , first of all, an essential requirement to achieve social integration.

These homes provides an effective shelter for monsoon rains,  from June to October, a refuge from the intense heat of pre-monsoon times, and a protection against the bites of dangerous animals such as snakes and scorpions.

In addition, the endowment of bathrooms has a very positive effect on the safety for the adolescent girls and women, to avoid having to leave the colonies to relieve themselves, and not to expose themselves to numerous dangers such as sex assaults or kidnapping.