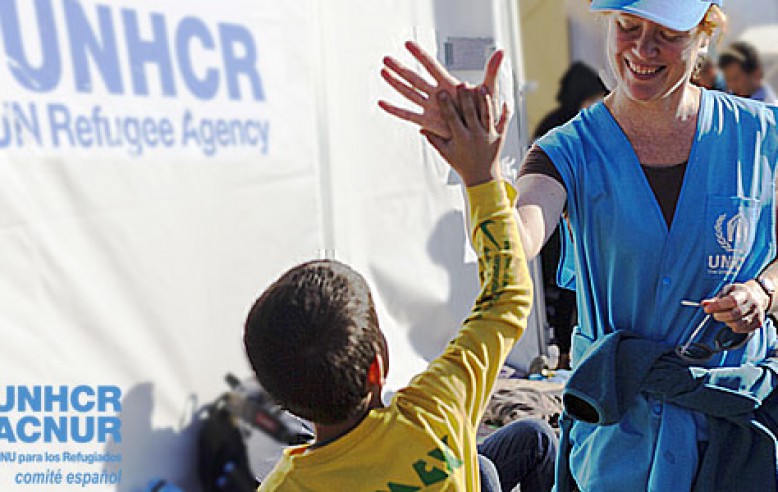 VAPF Group, as a collaborating partner of ACNUR’s Spanish Committee, in response to the refugee crisis that exists on a worldwide scale, has made, for the third consecutive year,  an economic contribution to the  "Emergency Response Team: on the front line" programme run by ACNUR,  the UN’s refugee Agency.

With more that 65 years’ experience, the UNHCR works in 128 countries, so that refugees, internally displaced persons, returnees, stateless people and asylum seekers, who have had to flee from their homes because of armed conflict, persecution or human rights violations, can receive assistance and protection in a host country, by defending and protecting their rights, wellbeing and basic needs.
UNHCR personnel work in different places, always striving to provide protection and minimise threats of violence, including sexual, which many refugees are exposed to, and aiming for long-lasting solutions, helping refugees to return to their places of origin, if the conditions of the place allow, that they integrate in the host countries or are resettled in third counties.
UNHCR was created after the Second World War, with the aim of responding to the needs of European refugees who had to flee from their countries because of the war. Ever since then, it has been protecting millions of refugees and displaced persons for 67 years.
For all this work, UNHCR has received twice the Nobel Peace Prize (1954 and 1981) and the Premio Príncipe de Asturias de Cooperación (Prince of Asturias Cooperation Prize) in 1991.
Of the 34 people who worked in the UNHCR when it was founded, it now has over 10,800 workers, most of them (88%) working in the field, and often risking their lives.
With cooperation projects on four continents, Africa receives more than half the aid sent by the UNHCR, due to the high number of active conflicts in the continent. Disadvantaged areas or conflict areas in the Middle East, Latin America and Southeast Asia as well as the Mediterranean area, also receive aid from the UNHCR.
Spain for UNHCR is a non-governmental organisation created in 1993, which collects funds in Spain to support UNHCR humanitarian aid programmes and this attend to the needs of the most vulnerable refugees and displaced persons. There are currently more than 450,000 members and donors in Spain. Thanks to the solidarity of Spanish society, Spain is one of the top doors to the UNHCR in the world.